There is a saying "Bloom where you are planted"
Some members of RIS not only bloom where they are planted, they consistently Rebloom also.

In this section of the Web, we feature a few of the RIS members for their work and support of the Reblooming Iris Society.  If you know of others who need to be included here, and can write an article for us, and submit a picture or two, then send it our direction to add it to this page. 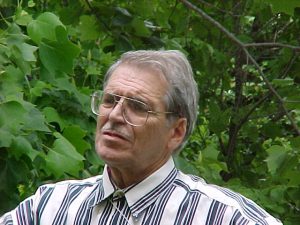 Mike's article is reprinted here in a small part.

It is hard to imagine spring iris bloom without Dr. Lloyd Zurbrigg.  His tutelage over the past five plus years has enabled me to develop a love for growing, creating and evaluating siberian and bearded irises for the perennial garden.

News indicated Dr. Zurbrigg had an inoperable malignant tumor of his liver.  Despite considerable resistance, he never tired of his goal of increasing the popularity of reblooming bearded iris.  His groundbreaking creations, such as Immortality and Clarence' will continue to be a living testament to his inventiveness and creativity in manipulating iris genes.  I mourn the absence of his physical presence, but his spirit and enthusiasm will continue to guide me in growing his seedlings in my garden rows. 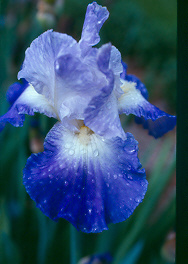 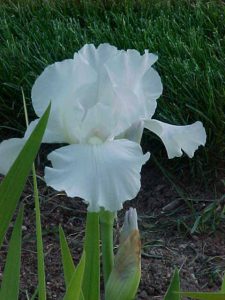 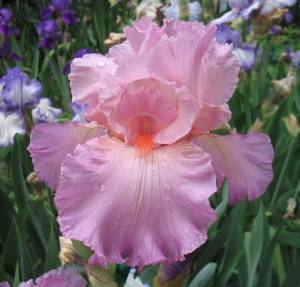 Doc was my best friend in the iris world, and I will miss the magical present this gentle and unassuming man had on my life. The piano in our living room is silent, but the glowing blooms of Lloyd Zurbrigg's decades worth of rebloom introductions serve to remind me of God's gift of love for all of us.

(photographed in 2000 at the Awards Banquet in Dallas, Texas.

Rosalie loved iris flowers.  She also enjoyed encouraging others to "bid higher" on auction items at the Silent Auction and at the Geek Dinner and Auction. 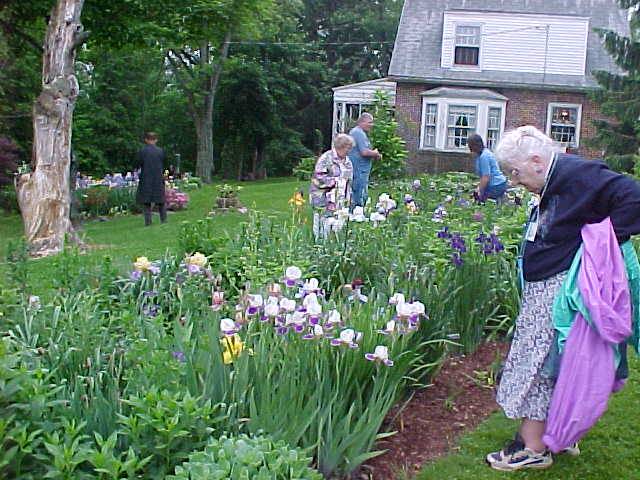 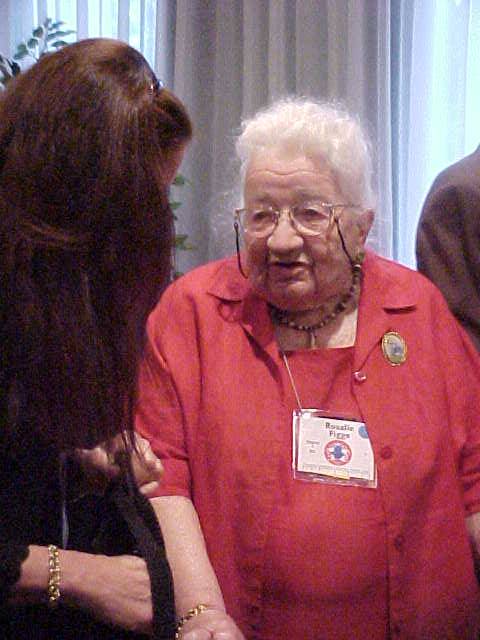 "My interest in plants goes back as much as
I can remember. I took a teacher in Kindergarten
a bouquet out of the garden."

Reprinted here in part with permission. 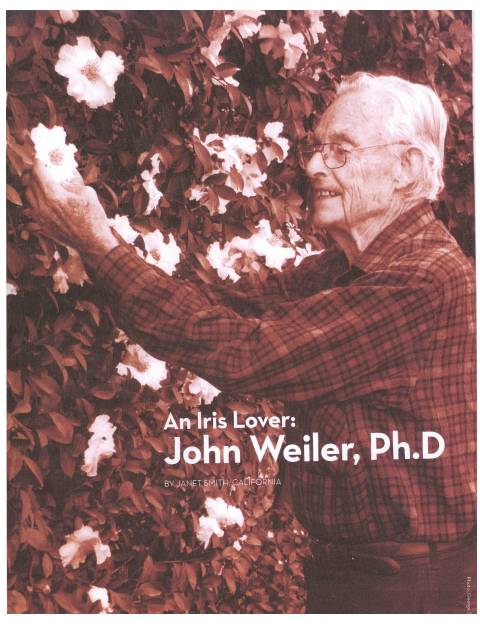 John Weiler was born in 1925.  His love of irises and plants began at an early age growing up in Lincoln, Nebraska, and never stopped.  With iris it began when he was a senior in high school.  For two dollars he brought a collection of eight iris.  Shortly after he planted the iris, he went into the service during World War II.  By the time he got out, those little plants had grown into great big clumps.  John saw dollar signs as well as beauty dangling in front of his eyes when he saw the clumps.  Later he decided he could make a living working with plants.

"I like plants and people, and after I got an education I was able to do both, " he said.  John received his doctoral degree from University of California at Berkeley in 1962.  Shortly after, Dr. Weiler moved his family to Fresno and began his teaching career at California State University -- Fresno (Fresno State).  The next 27 years he taught botany, ornamental horticulture, plant science and landscape design. 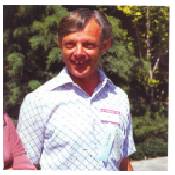 He won many awards over the years including the AIS Hybridizer's Medal in 2004 and the Distinguished Service Award from the Reblooming Iris Society.  John was President of RIS from 1987 to 1991.  He won the Cook-Douglas medal in 2002 for his SDB 'Little Blue Eyes' (1993).

Another article about Dr. Weiler appears in The Medianite 50th Anniversary History Edition of the Median Irises Society, on page 74.